Women make up 50% of the workforce, have a higher education level than men, and are often the primary breadwinners in their families, yet end up underpaid and underrepresented in the workplace.

According to UNICEF, women do 66% of the world’s work, but only earn 10% of the world’s income, and the Organisation for Economic Co-operation and Development (OECD) state; that if developed countries raised women employment rates to those of men they could increase their GDP by 12% by 2030. Other studies, such as a recent report from McKinsey & Co., say that having more women in the workplace can lead to higher productivity and efficiency.

So with all these statistics ‘ do companies need to have a strategic framework for gender diversity, with goals, targets, sponsors, and support networks, with clear leadership from the top?

Should Multinational companies focus on leadership training for women in their international offices and consider mentorship programs that allow women from the different offices to connect and network?

A good strategy is to think about gender initiatives as simply good business practice. If your company wanted to attract consumers from China, you would hire an expert who understands what Chinese consumers want and how they think and act. The same kind of strategy can be adopted for women customers. Since women make most of the financial decisions in households, not having a female perspective to attract women customers would just seem like bad business.

Train sponsors on the complexities of gender and leadership and make best practices more effective!

In a study led by the New York University psychologist Madeline Heilmann, participants evaluated the performance of a male and female employee who did or did not stay late to help colleagues prepare for an important meeting. For staying late and helping, a man was rated 14 percent more favourably than a woman. When both declined, a woman was rated 12 percent lower than a man. Over and over, after giving identical help, a man was significantly more likely to be recommended for promotions, important projects, raises and bonuses. A woman had to help just to get the same rating as a man that did not help.

So what’s the answer, sponsors, mentors? 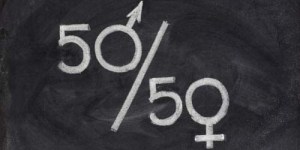 Good sponsorship requires a set of skills and sensibilities that most companies’ star executives do not necessarily have. When you layer on top some of the complexities of sponsor relationships between senior men and junior women, you easily have a recipe for misunderstanding. The strategies and tactics that helped the men progress in their careers may not be appealing or even feasible for the women.

A classic case is the challenge of developing a credible leadership style in a context where most of the successful role models are male. One of the women in our research describes the problem like this: “My mentor advised me that I should pay more attention to my strategic influencing skills…but often he suggests I do things that totally contradict my personality.” The behavioral styles that are most valued in traditionally masculine cultures and most used as indicators of ‘potential’ are often unappealing or unnatural for high-potential women, whose sense of authenticity can feel violated by the tacit leadership requirements.

A further complexity is the famed “double bind” examined in Alice H. Eagly and Linda L. Carli’s book Through the Labyrinth (Harvard Business Review Press, 2007) and in the 2007 Catalyst research report ‘The Double-Bind Dilemma for Women in Leadership.’ Here’s the problem in short: The assertive, authoritative, dominant behaviors that people associate with leadership are frequently deemed less attractive in women. Male mentors who have never faced this dilemma themselves may be hard-pressed to provide useful advice. As one of our interview participants describes, even well-intended mentors have trouble helping women navigate the fine line between being ‘not aggressive enough’ or ‘lacking in presence’ and being ‘too aggressive’ or ‘too controlling.’

Male sponsors can be taught to recognize such gender-related dilemmas. Women in Sodexo’s reciprocal-mentoring program, for example, have been promoted at higher rates than other high potential women at the company, in part because the senior male mentors serve as career sponsors and (thanks to the upward mentoring) learn to manage their unconscious biases.

More sponsoring may lead to more and faster promotions for women, but it is not a magic bullet: There is still much to do to close the gap between men’s and women’s advancement. Some improvements such as supportive bosses and inclusive cultures are a lot harder to mandate than formal mentoring programs but essential if those programs are to have their intended effects. Clearly, however, the critical first step is to stop over mentoring and start accountable sponsoring for both sexes.​

Geoff Hudson-Searle is a very passionate and innovating international director whose leadership is characterized by sharing information, round-table discussions, and strategic growth and deployment. Embracing cultural diversity in business, Geoff is a thought-leader. Now, he has added being an author to his impressive resume.

From a reviewer on Amazon:

"This book is such a genuine account of one man's life- really authentic. It has some stylistic issues, but I would not let that stop you. There is nothing contrived in this story- just an honest journey which captured me."

My second book is now available at these selected stores: 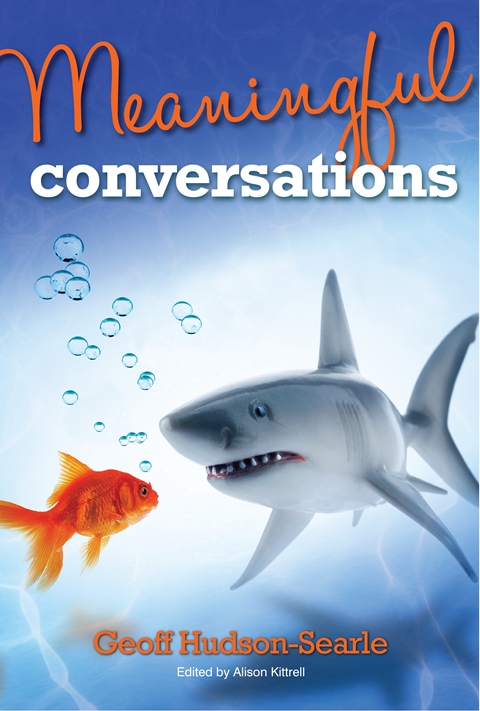 My first book is available at these stores:

All comments are moderated and will be posted asap. I welcome constructive criticism however, street fights should be taken elsewhere.

Freedom after the sharks

The story of a man who, despite a difficult family life, developed the determination, drive and skills to create a successful business and a happy life.

A Nine Pound Hammer....or a woman like you, either one of these will do

A Week or a Weekend

Tips to make the most of your travel time and budget – whether you're traveling for a week or a weekend.

A Note From Abroad

“Twenty years from now you will be more disappointed by the things that you didn’t do than by the ones you did do. So throw off the bowlines. Sailaway from the safe harbor. Catch the trade winds in your sails. Explore. Dream. Discover.” ~ Mark Twain

Out, about and home

Photos from out, about and home

The Once a Week Project

this is... The Neighborhood

the Story within the Story